Here’s some pics of the ‘tow plane’ fix.  The fuse was completely broken in two at the bulkhead and the wings were not salvageable, but Rick Johnston had another new wing set that he gave me.  I changed it from a trike to a tail dragger and hopefully it will be a little easier to land without bouncing.  It’s not pretty, but hopefully it will do the job. 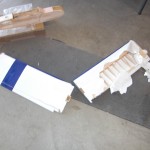 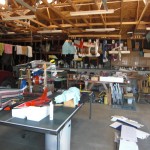 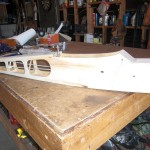 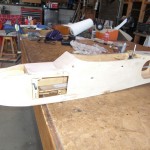 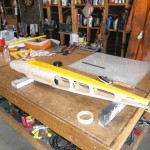 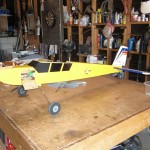 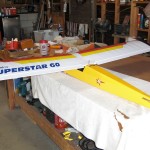 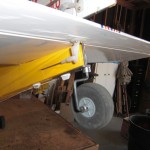 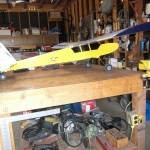 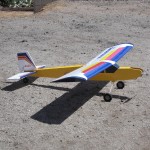