Now that my Tri-Pacer project is complete, I’m building a replica of my first RC airplane. It’s a Top Flite Headmaster, designed by Ken Willard in 1966.  48 inch wingspan, high wing.  Top Flite still offers the plans, so this is pretty much a scratch built airplane.

I have the fuselage and stabilizers pretty much framed up.  Currently building the right wing.  I’m going all electric with this one.  The motor will be a Rimfire .15 with 45A ESC/BEC.  Servos will be Hitec HS-82 micros.  The original airplane weighed in at about 4 lbs. with the Heathkit radio and McCoy .35 engine.  I estimate this one will weigh about 2.5 lbs. ready to fly.

Here’s the latest shot of the nearly completed right wing panel.  Not visible are shear webbing between the upper and lower spars (not indicated on the plans).  This greatly increases the wing rigidity. Wing weighs only 2.75 ounces at this point.  The nearly completed fuselage only weighs 3.25 ounces.  This airplane is shaping up to be a real light weight! 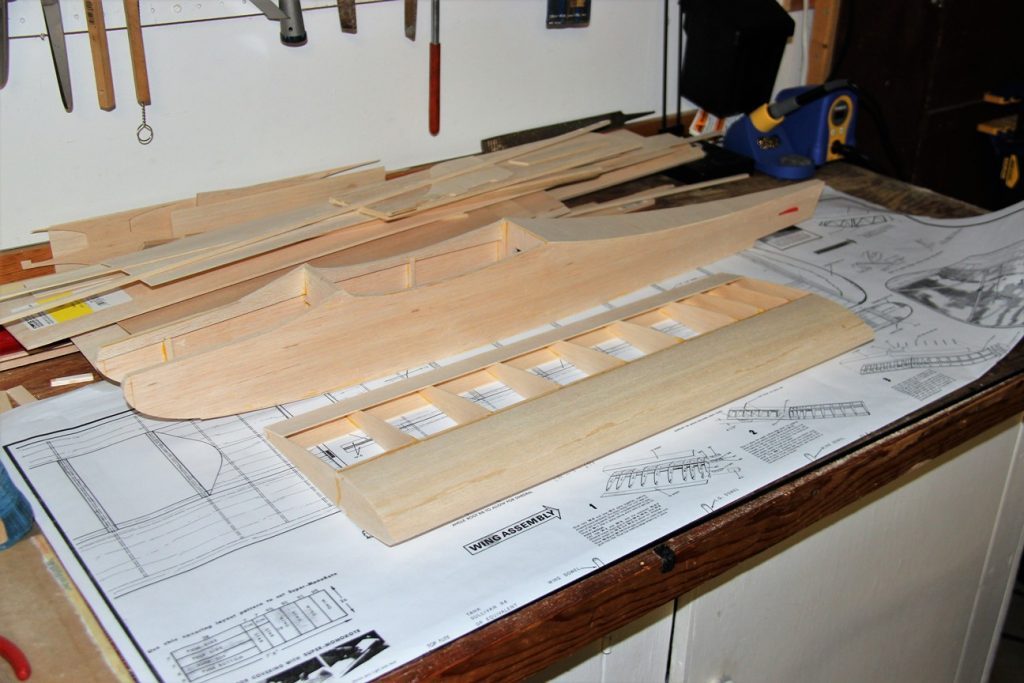 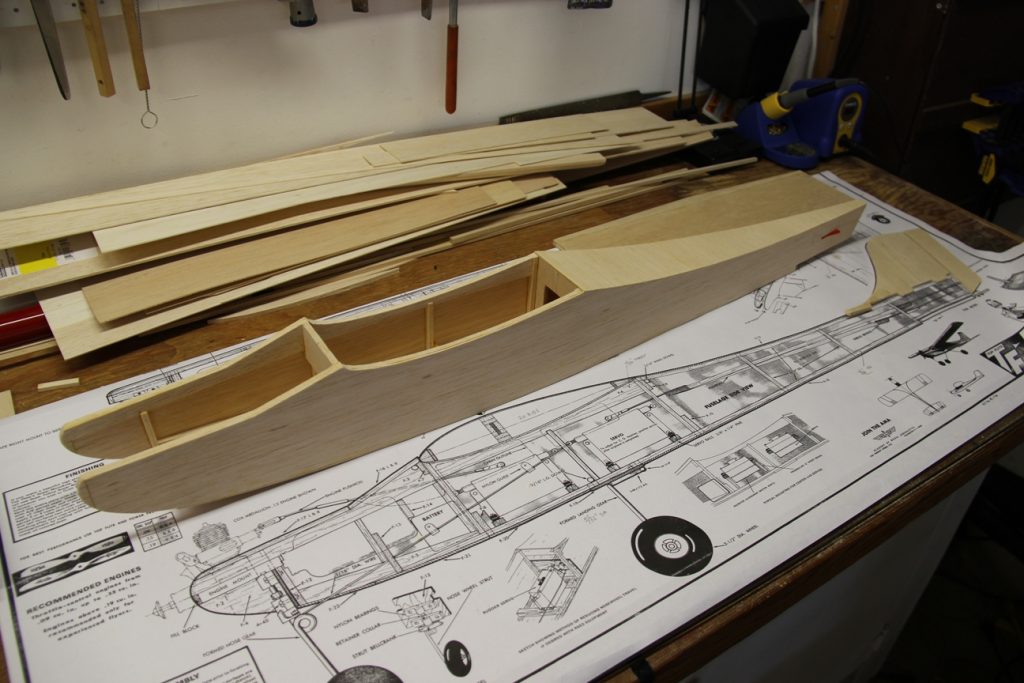 Here’s a photo of my original Headmaster in May of 1970.  First flights were made with an Enya .15 engine which proved to be a little marginal on power.  Location was the Army airstrip near Cuesta College. 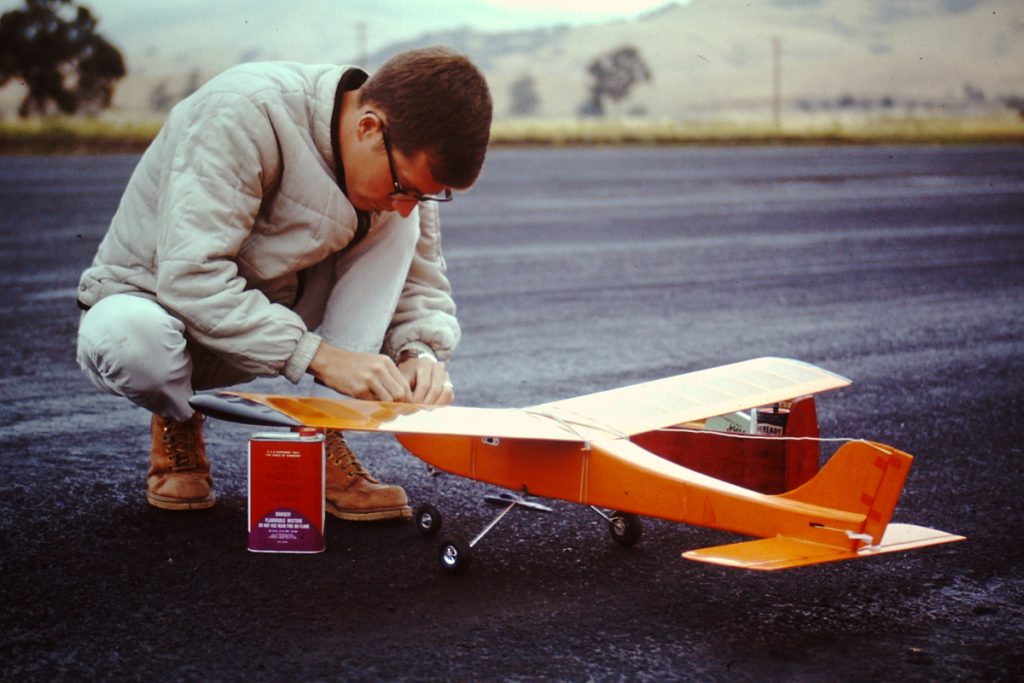